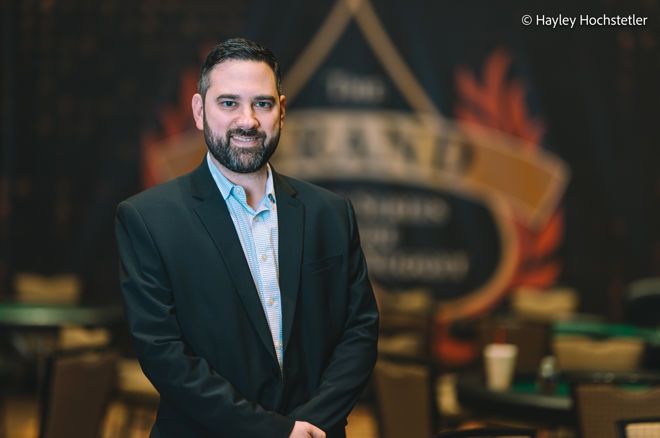 Andy Rich Golden Nugget Today, the PokerNews Cup returns with an $1,100 buy-in, $1,000,000 GTD Main Event at Golden Nugget Las Vegas . The man responsible for making it happen, as well as giving away 100 seats to the tournament, was Director of Poker Operations Andy Rich , a longtime poker industry veteran.

The PokerNews Cup is part of the Golden Nugget 14th Annual Grand Poker Series , which features 81 events and offers over $3 million in guaranteed prize money from May 31-July 3. The tournament, which runs June 24-28 , will be live reported here on PokerNews , and there will also be a live streamed feature table on Day 2 as well as final table action on Tuesday’s Day 3 finale.

“I had an amazing childhood and was around gambling for as long as I can remember,” Rich said when asked about learning poker. “My Dad had a weekly poker game and taught me how to count cards in blackjack by my early teens. My Mom had a weekly Mahjong game and won practically every football handicapping contest she entered. Her game night always had better snacks. Always Coke, never Pepsi.”

He continued: “I love gambling, math, and the psychology of out-thinking your opponents. The first sports bet I remember was $5 against my mom in 1985 on a Vikings vs. Eagles game. My mom had the Eagles. She won, but at least no vig on the bet.”

Before finding his way into poker, Rich founded his own record label, Initial Records, in 1992 in Louisville, Kentucky, and then graduated with a Bachelor of Business Administration degree from Haworth College of Business at Western Michigan University in 1996. Andy Rich at his Grand Poker Series! Rich, who enjoys fantasy sports and spending time with his wife and two kids, fell in love with poker more than two decades ago.