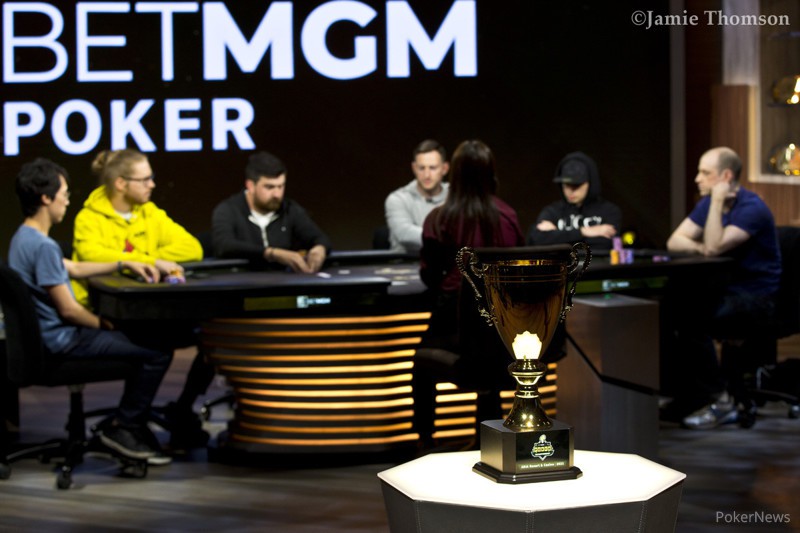 BetMGM/PokerNews BetMGM remains the leading operator in the new Ontario online poker market despite the recent launch of PokerStars, pokerfuse can exclusively reveal.

The pair are very close in traffic, and PokerStars Ontario could take the lead in the coming days. Still, it is a strong showing from BetMGM Poker Ontario , which has no history of operating in the Canadian markets — and shows it has no plans to give up the market lead without a fight.

In fact, BetMGM Ontario, which also hosts skins partypoker and bwin on its player pool, has seen its traffic grow since PokerStars Ontario launched on June 29. The average number of concurrent cash game seats is up from 135 to 145 , the latest numbers from industry monitor GameIntel , available on the PRO Data platform, show.

This suggests that PokerStars’ debut has brought new players — its existing Ontarian player base into the new segregated market — rather than poaching players from other sites. The total combined player pool in Ontario totaled 271 concurrent cash game players over the last week, up from around 180 pre-PokerStars.

BetMGM Poker Ontario launched on April 5 , the day after the market opened. As with other licensed operators, the sites had to be segregated from international players, creating new provincial player pools. Regulated Online Poker Operators Active in Ontario

888poker April 4 Independent 6 BetMGM (partypoker, bwin) April 5 (April 12) BetMGM 146 PokerStars June 28 Independent 145 Within a week of launch, fellow skins partypoker and bwin also came into the network, bringing a small contribution of existing Ontario players. By early May, the trio of BetMGM sites had overtaken the only other licensed online poker room at the time, 888poker Ontario, to become the largest in the market.

It is certainly a strong showing for an operator with no brand presence in the market. As pokerfuse previously reported, Ontario is now BetMGM’s largest online poker market .

This lead has only been extended. Today, its traffic of almost 150 concurrent players easily surpasses that of New Jersey (72), Michigan (62), and Pennsylvania (42). It is actually […]