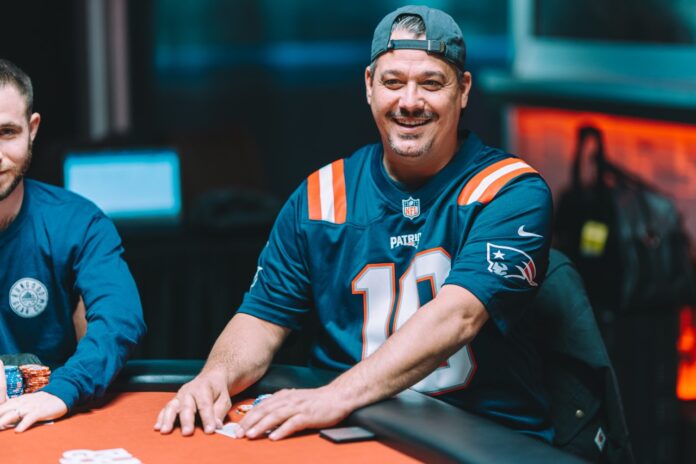 ‘Boston Rob’ Mariano gives as much to the game of poker as he ever gets (photo credit: Hayley Hochstetler). Poker is a game that is enjoyed by millions worldwide. In this series, we’ve featured players who play the game of poker for their profession, have made fortunes by doing so and become legends of the sport.

However, poker’s all-encompassing nature appeals to people from all walks of life. One player who has trodden many different paths over two decades of success on national television is Robert Mariano, better known as ‘Boston Rob’.

Back in 2004, having just appeared on Survivor for the first time, Mariano met his now wife and then-fiancée Amber on the show. They were invited to Hawaii to take part in a charity game to raise money for the U.S. military. Mariano would leave the island with a new found and lifelong passion for poker that has remained ever since. From Penny Games to the Main Event

“Once you get better than your opponent, it’s a lot more fun!” Rob Mariano played poker for pennies long before he would do so for thousands of dollars. When he first learned the game, it was at his grandfather’s knee. It immediately got him hooked on the notion of gambling and this quickly led to an understanding of a need to get better.

“I’ve always loved action,” says Mariano. “From pitching quarters in the schoolyard to gambling on tennis, I went broke a hundred times as a kid. The first hand that got me hooked [on poker] was a penny game of five card stud that my grandfather taught me how to play. I figured out that the same people always win, and they have an edge. Once you get better than your opponent, it’s a lot more fun!”

Flashing forward two decades, Mariano struck fame on the eighth series of the hit television show, Survivor . For the uninitiated, the show centers around contestants who are stranded on a remote island. Mariano made it all the way to the final challenge, where he lost out to Amber, who he proposed to […]