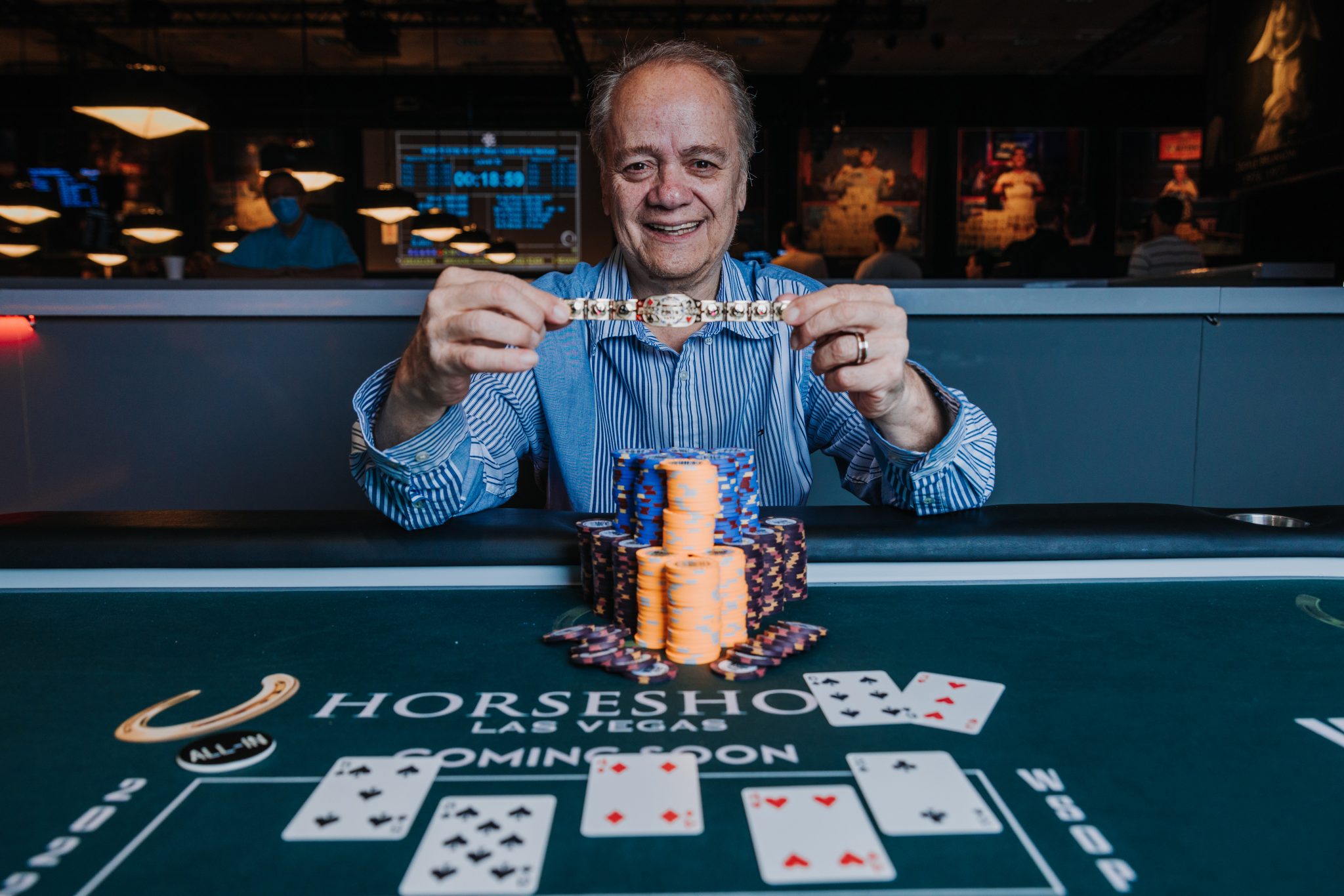 As the World Series of Poker Main Event roared on, there were still 14 bracelets to be won last week. Julien Martini grabbed his third bracelet within nine months, and a bunch of other players got their first career wins. The WSOP is scheduled to come to a close with the Tournament of Champions , a three-day event that starts Monday.

The Main Event is currently at 10 players . They return today at 2 p.m. to play down to the final four. A winner will be made on Saturday. (Image: WSOP) Mike Allis

In order to secure his first bracelet in his 37th cash, Allis had to make it through 2013 WSOP Main Event champ Ryan Riess heads-up. And the ending was a strange one : Allis went all-in before it was his turn to act with 63 off-suite and got snap-called by 99. But the board built an open-ender which got there on the river, and Allis now has more than $800K in WSOP winnings.

$195,565 The Missoula, Mont. resident came close to winning a bracelet in 2014 when he finished fifth in the Milly Maker for $355K, but was able to seal the deal in the PLO mixed-game event that featured Pot-Limit Omaha Hi-Lo 8 or Better, Omaha Hi-Lo 8 or Better and Big O. He now has more than a half-million dollars in WSOP winnings.(Image: WSOP) Daniel Strelitz $1,500 Razz 383 entries $115,723 The professional player won his second bracelet and pushed his WSOP earnings over the $2 million mark. His first bracelet came in a $5K no-limit event in 2019, and he has a handful of final tables among his 60 cashes, including a third-place finish in the $2,500 Mixed Triple-Draw Lowball event. Pei Li $1,500 Bounty PLO 8-handed 1,390 entries $190,219 The man from Calgary took down the bounty event for his first bracelet and only fifth WSOP cash. He has a handful of wins playing tournaments in casinos […]