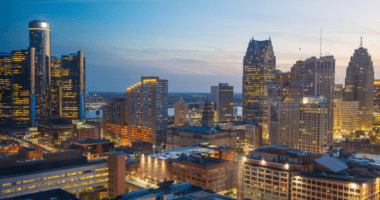 Soaring Eagle online casino in Michigan might not have the nationwide brand appeal of its competitors, but that doesn’t mean it lacks a competitive product. In fact, a recent move to add Evolution live dealer games is a way the iGaming platform is working toward that end.

The new partnership between Evolution and Soaring Eagle will bring the full contingent of the former’s iGaming menu to the latter. For the rapidly maturing Michigan online gambling industry, Soaring Eagle’s investment is a great thing.

Evolution has been offering live dealer games to players in Michigan since July of 2021, and players on several Michigan online casinos have been enjoying them ever since. Now, Soaring Eagle iGaming players can get in on the action.

According to a Monday press release, the emergent online casino platform in Michigan recently executed a deal with Evolution. On top of access to the Evolution studio in the state, other content under the Evolution umbrella will soon be available. That includes: First-person RNG table games

Popular NetEnt and Red Tiger slot titles include Gonzo’s Quest Megaways and Starburst . The release states that the new content will be available on the Soaring Eagle website “in the coming weeks.”

The Saginaw Chippewa Indian Tribe of Michigan owns the Soaring Eagle brand. It’s one of several tribal casinos in Michigan to offer iGaming. The online casino is only available via desktop or mobile browser for the time being.

Mobile applications are on their way with uncertain timelines. For the larger Michigan iGaming business, a competitive Soaring Eagle platform is a win. Michigan iGaming punching up While Pennsylvania is the top dog among US iGaming states, Michigan is making its case for second fiddle. It has broken its own record for online casino and online poker revenue in consecutive months.If the ascent continues, it could soon equal, if not surpass, the same in New Jersey . For example, April’s Michigan iGaming revenue was just about $2.2 million shy of New Jersey’s figure for the same month.Michigan’s market is younger than New Jersey’s. That means it’s […]