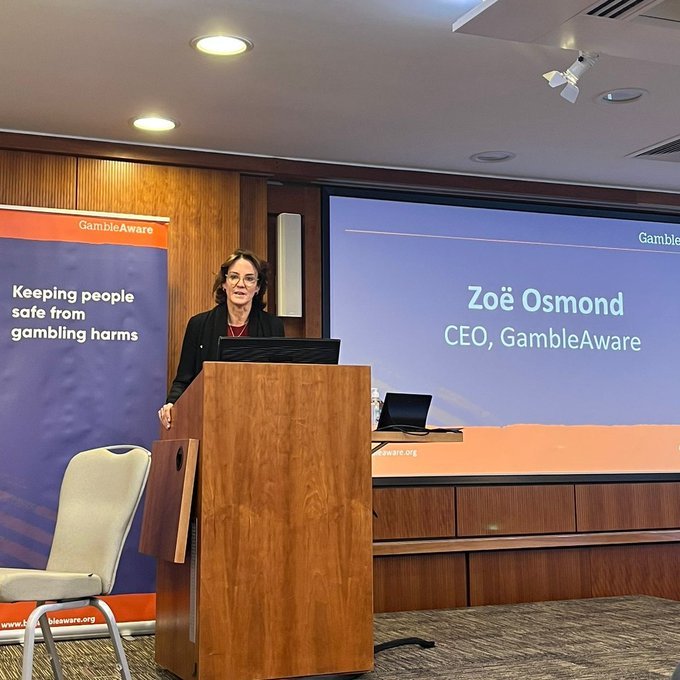 GambleAware, one of the bodies pushing responsible gambling in the UK, has released the findings of a new study on who gambles the most online. Its assessment places much of the action in areas it asserts are “economically disadvantaged.” GambleAware CEO Zoe Osmond at the GambleAware21 conference last December. The responsible gaming charity has released a new study that claims most online gaming comes from areas with a lower cost of living. (Image: Twitter/Zoe Osmond) Those areas are home to 29% of online gaming accounts, while 13% of the accounts are from economically stronger areas. This is the conclusion of a report that the National Centre for Social Research (NCSR) and the University of Liverpool prepared for GambleAware.

The report adds that 25% of gaming customer losses were from the 20% of the most economically disadvantaged areas. On the other hand, 15% of the losses came from those in the 20% least-deprived areas. The Nuts and Bolts

Researchers analyzed data from 139,152 online gaming accounts, including virtual and live poker, slots, and betting on sporting events. The study covered data from seven major operators in the period July 2018 to June 2019.

Betting on horse racing and soccer was the most popular type of betting. However, gambling at online casinos was more likely to result in heavy losses. Greater spending came from those neighborhoods that fell into the lowest economic level.

The study revealed that players with high spending habits were mainly from poorer areas. As a result, the online gambling industry was dependent on a small number of customers who have the highest losses to make up the majority of its revenue. Overall, the “top 10%” of gambling accounts contributed 79% to operator revenue. This research supports the growing body of evidence that gambling harms are falling disproportionately upon the poorest communities. The current cost of living crisis and the economic fallout from the pandemic will only make this worse ,” said GambleAware’s CEO Zoe Osmond. Professor David Forrest from Liverpool University was the lead analyst on the report. He asserted that the findings provide a great opportunity to […]