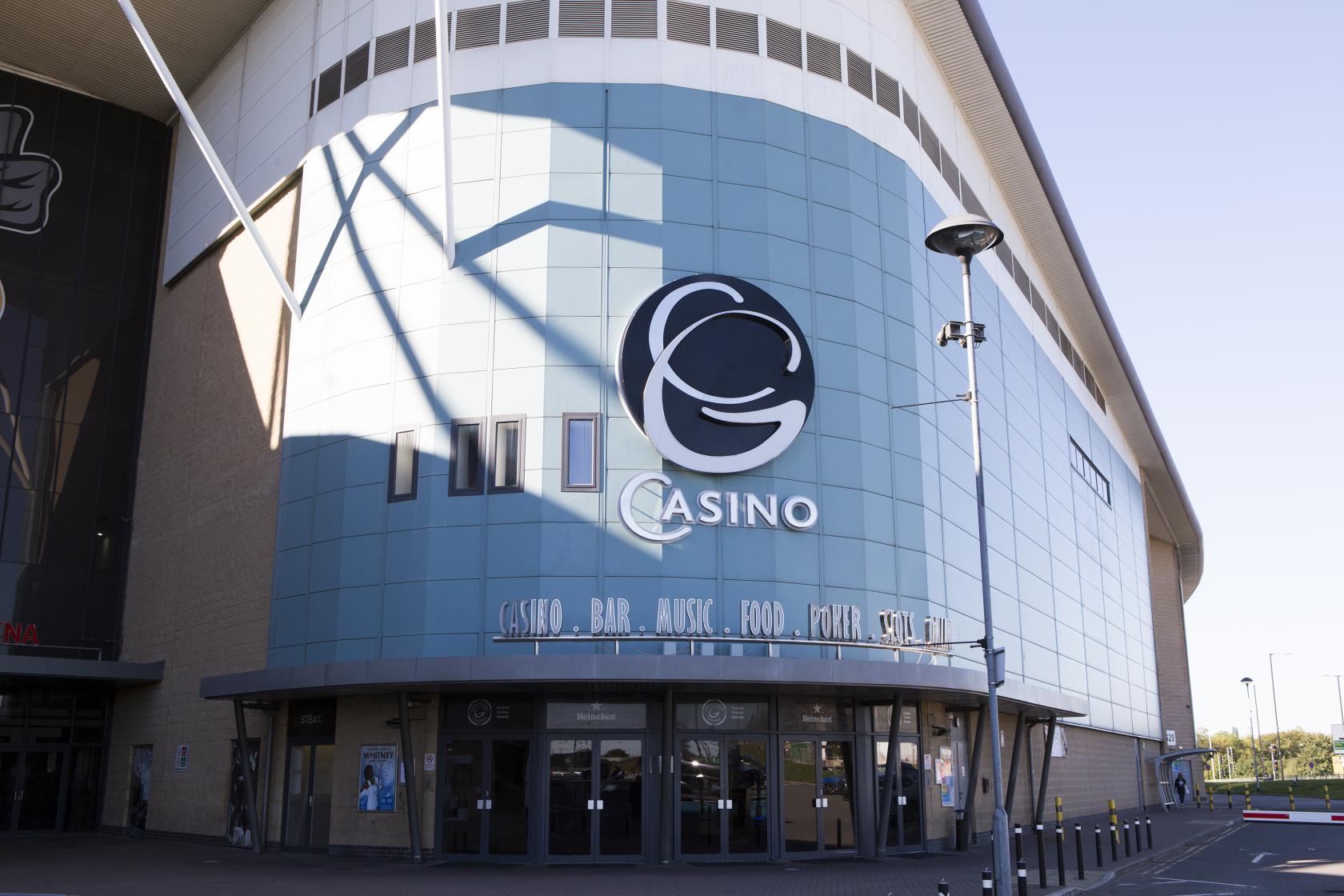 For European poker fans who didn’t make it to the WSOP in Vegas or can’t head to the WSOP Europe in the Czech Republic, there’s another option. Coming up at the end of the month is the Goliath Texas Hold ’em tournament, making a comeback at the Grosvenor Casino Coventry in the UK. An entry to the Grosvenor Casino Coventry in Coventry, Great Britain. The casino is hosting a poker tournament at the end of this month, the Goliath X. (Image: Tagvenue) The Goliath made its first appearance in 2011. However, the last live tournament was in 2019, the intervening years being held online because of COVID-19.

It’s now set to return, branded as Goliath X. Throughout its history, it has continued to draw larger fields, and organizers expect it to do the same once again this year. Goliath Hopes to be a Monster

In the inaugural event, there were just 1,765 entries. While a respectable number, the 2019 event had 9,300. It’s likely that, had it not been for the COVID-19 pandemic and mandatory shutdowns, the 2020 and 2021 Goliath events would have continued that upward climb.

However, organizers are confident that the event will break the 10,000 entry mark this year. It’s a reasonable expectation, especially since the buy-in is just £150 (US$180) and the prize pool is £1 million (US$1.2 million).

The cards start flying on August 27 with the first round of flights. There will be eight through September 2, of which two on that final day are turbo blinds. Next up, those who survived their flight will meet again on September 3 and battle, until one player remains standing on September 4. Goliath is a one-of-a-kind festival of poker here in the UK, and it’s as big as it gets in the world of poker. We’re incredibly proud of how the event has grown over the years ,” said Igor Zydek, GM at Grosvenor Casino Coventry. For the first Goliath, the top prize was £32,705 (US$39,416). It has moved up and down a little since then, dropping to £29,690 (US$35,770) in 2013 and increasing to £101,450 (US$122,247) […]