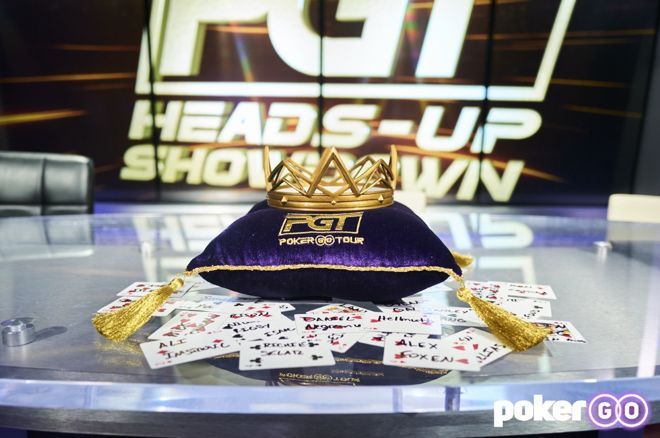 ali imsirovic poker Ali Imsirovic versus Alex Foxen heads-up for $400,000? It could happen this week in the $25,000 PokerGO Tour Heads-Up Showdown , a 32-player tournament pitting some of the best players in the world.

Phil Hellmuth , Daniel Negreanu , and two noted slowrollers — Dylan Gang and Shaun Deeb — will also be in the field. The tournament kicks off April 21 and will air exclusively on PokerGO.

The top 16 players on the PokerGO Tour standings were all invited, although only nine accepted. PokerGO added an additional 23 players to complete four eight-player brackets. Each winner of a heads-up match moves on to the next round until a champion is crowned on April 23. Payouts are as follows: Top First Round Matchups

The heads-up no-limit hold’em tournament features some intriguing first round battles between legendary poker players. Among the most interesting include WPT crusher Darren Elias versus young up-and-coming star Landon Tice , Negreanu against sports card enthusiast Jared Bleznick , and Erik Seidel taking on Gang, the Hustler Casino Live badboy . PokerGO has separated the field into four brackets — Diamonds and Hearts on one side and Clubs and Spades on the other. Much like college basketball’s NCAA Tournament, the name of the game is to survive and advance, and then eventually be the last one standing.

On April 21, starting at noon PT, the 16 first round matches will take place inside the PokerGO Studio in Las Vegas. One day later, those who advanced will compete in the Round of 16 at noon and then the quarterfinals at 4 p.m. The final two rounds — at the same times as the previous day — will take place April 23.

If you’re looking for an intriguing championship round contest, there are certainly a number of potential pairings. Negreanu versus Hellmuth, Deeb versus Hellmuth, Nick Schulman versus Seidel, Chino Rheem versus Gang, we could go on. The possibilities are endless. But there’s one match right about now that would likely […]