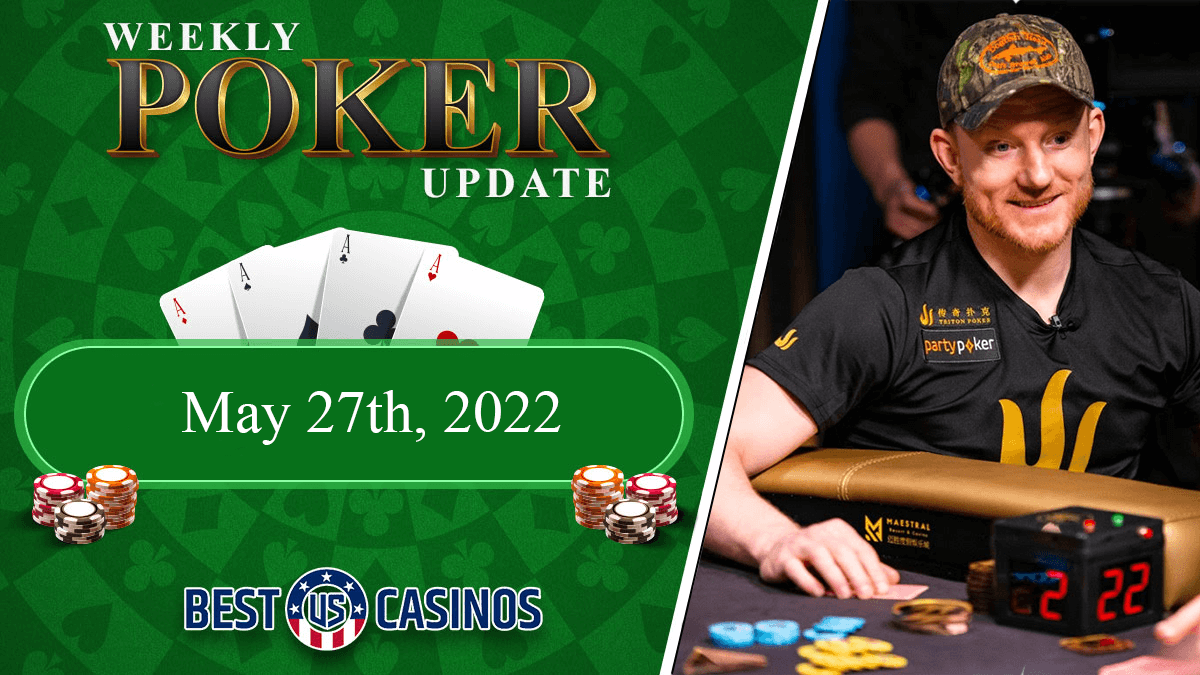 The World Series of Poker is just days away. As we grow closer to the start of the WSOP, poker action around the world has been heating up. Many of the world’s best poker players hit it big in major main events. The Triton Series Madrid, WPT Seminole Hard Rock, and season nine of High Stakes Poker all came to an end.

There has been plenty of other major poker news stories as well. One of the biggest news stories of the week involved the popular poker brand 888poker. The brand announced it has signed a new brand ambassador. We will cover all the latest poker stories in this week’s poker update. 888poker Signs British Poker Pro

We start off this week’s poker update with some major news from 888poker. The Gibraltar-based online poker cardroom announced that it has signed a new brand ambassador. At the 888poker LIVE Barcelona festival , it was revealed that Ian Simpson had signed with the company.

Simpson has been a fan favorite for most of his decade-long career. The British poker star first burst onto the scene in 2012 when he placed fourth in the Irish Open Main Event. In 2013, Simpson returned to Dublin and won the event. Simpson endeared himself to fans even more by proposing to his girlfriend after winning the final table.

The €265,000 grand prize is still the largest cash win of Simpson’s career. Since then, he has remained active and grown in popularity. In addition to live tournaments, Simpson also runs a Twitch channel. Currently, his account has over 10,000 followers.

Simpson is just the latest 888poker brand ambassador. In addition to the Simpson, 888poker also has Samantha Abernathy, Chris Eubank Jr, and nearly a dozen others. Simpson’s deal appears to include his Twitch streams. 888poker has other streamers, such as David “New Dave” Gibson, signed as brand ambassadors as part of its StreamTeam. Mark Davis Beats Darren Elias in WPT Showdown

We had to wait six weeks for the conclusion of the World Poker Tour’s Seminole Hard Rock Poker Showdown. The $3,500 buy-in WPT Main Event started on April 8th. […]