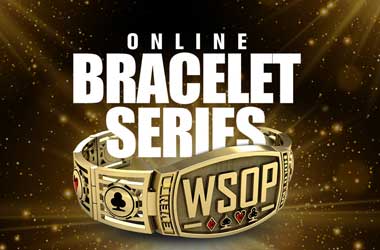 A similar series will run in New Jersey, Nevada, and Pennsylvania

Michigan will have its own World Series of Poker (WSOP) online bracelet series . Players will compete for eight gold bracelets from June 5 to July 17, which brings to 29 the total number of online bracelet events running this summer.

That’s in addition to the 88 bracelets up for grabs at the upcoming WSOP live festival in Las Vegas . WSOP MI Online Bracelet Series Full Schedule

Players in MI will be competing for a gold bracelet each week from June 5 through to July 17. The events will run every Sunday, except for one which is scheduled to take place on Saturday, July 16. The schedule is pretty similar to the Pennsylvania series , with buy-ins ranging from $400 to $1,000.

The series opens with the BIG 500, a $500 buy-in No-Limit Hold’em event that allows three re-entries. An NLH Ultra Deepstack comes next, featuring an entry fee of $400, the lowest on the schedule.

PLO fans will also be happy to know that one event of the popular format which costs $500 to enter has also been thrown into the mix. It will be followed by a $600 buy-in Online Deepstack Championship event . Next up is an NLH Deepstack tournament which has an entry fee of $500.

The series will culminate in the Michigan $1,000 Online Bracelet Championship which runs on July 10. Players are allowed two re-entries in the event which is most likely to attract the largest field throughout the series.The final two events in the schedule are the $777 buy-in NLH Lucky 7’s on July 16 and the Summer Saver on July 17. Record-Breaking WSOP Bracelet Series The Michigan series will be ring-fenced for now as the state has yet to officially sign the Multi-State Internet Gaming Agreement (MSIGA), though it has already been admitted into the […]