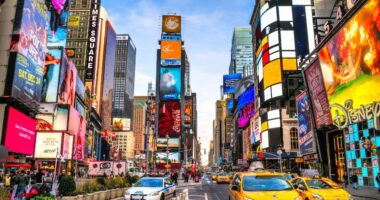 While New York wasn’t able to work online casino legislation and expansion of its online sports betting system into its most recent budget, those issues aren’t dead for the year. In fact, recent activity in the state’s Senate shows New York gaming expansion is still on the table.

Bills allowing for those changes were a part of three to advance from one committee to another on Monday. The path forward is still uncertain from here, though.

On Monday, the New York Senate’s Racing, Gaming and Wagering Committee advanced three bills pertaining to this topic. All the votes were unanimous and the bills are:

Sen. Joseph Addabbo , who chairs the Racing committee, sponsored all three bills. The three bills are not on their way to the full Senate floor just yet, though. All three now rest in the Senate’s Finance Committee because all three contain language governing the state’s use of gambling revenue.

S8412 would authorize online casino and NY online poker play. It would require operators of those platforms to contract with commercial casinos in the state and tax revenue from iGaming at a rate of 25%.

S8471 could expand the number of licenses for online sports betting in New York to 16 by the end of January 2024. It would establish a kind of “reverse” graduated tax rate depending on the number of active operators. If the state were to hit the cap of 16, for example, the current 51% rate would drop to 25%.

S8801 would cut the tax rate that Tioga Downs pays on its slots revenue. In exchange for that, it requires the casino to use the savings to re-hire laid-off employees or make capital improvements to the property.

It’s unclear how much, if any, support any of these bills have in the Finance Committee. It doesn’t seem that a vote on any of the three is imminent, though. New York bills not set to move right away

The Finance Committee had a meeting on Tuesday but none of the bills were on the agenda . Currently, the committee has not set a date and time for its next meeting. […]