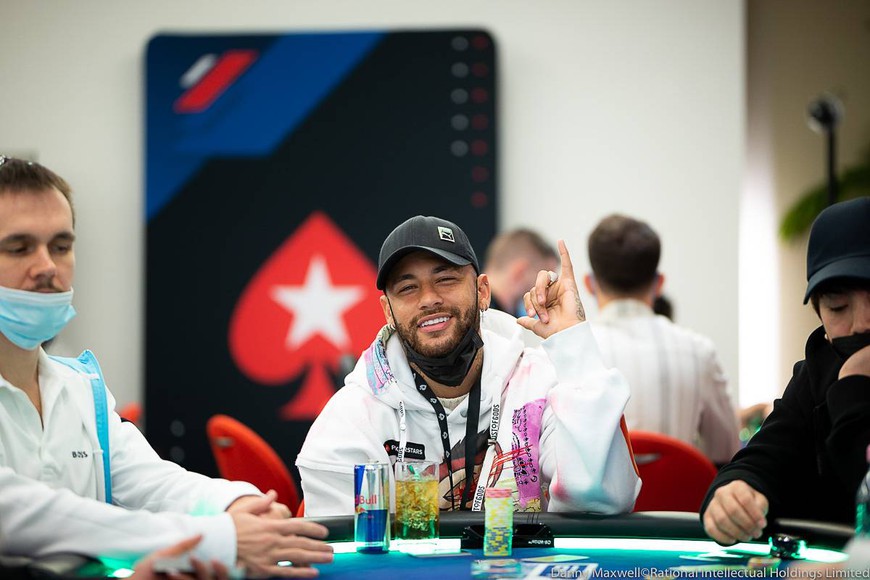 The event was part of the ongoing European Poker Tour presented by Monte-Carlo Casino® , currently underway at the prestigious Monte-Carlo Sporting center. The event, with a buy-in of €2200, attracted 861 entries and 334 reentries to build a prize-pool north of €1.7 million .

Neymar managed to outlast 90% of the field, nabbing a 55th finishing position for a cash of €5620. The money is unlikely to be a big motivator for one of the world’s most successful sports stars, with an estimated net worth of some €200 million , but for a long-time poker fan who clearly loves the game, it will be a nice score on his profile. Neymar Jr at EPT Monte Carlo Indeed, it is his first recorded cash win at any EPT event and the first on European soil. His only other official score in the public database is from 2018, with a sixth-place finish at the PokerStars-sponsored Brazilian Series of Poker . His cash yesterday puts him 1,545th on the Brazilian all-time money list, according to The Hendon Mob database .

Neymar signed on as PokerStars’ Cultural Ambassador a year ago in a role that would involve “a series of creative projects inspired by the world of culture … from art and design to music and more,” it was stated at the time. Since the appointment, the online poker giant has run multiple promotions using his name, relaunched Spin and Goal , and rebranded an existing game to Neymar Jr Kick-Off .

Cultural projects include artistic collaborations with UK artists , which resulted in a special edition card deck. Last verified: May 2022

Neymar seems to have a genuine love for the game of poker. His collaboration with PokerStars actually dates back a lot longer — his first partnership with the red spade dates back some seven years […]