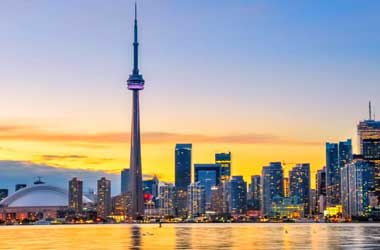 Ontario’s regulator AGCO is already aware of the issue

Ontario’s regulated online gambling market launched in April 2022 is equipped with the relevant player protection measures, including a self-exclusion scheme.

However, authorities recently found out that some players are taking advantage of a loophole in the system that allows them to instantly get their money back when they decide to self-exclude. Online poker operators have raised their concerns, prompting the Alcohol and Gaming Commission of Ontario (AGCO) to review its existing self-exclusion standards . Players Are Cheating the System

Putting in place a self-exclusion program is among the requirements that online poker operators need to comply with before being granted a license by AGCO. Based on the rules set out by the regulator, if a player opts to self-exclude from the platform, their funds must be immediately returned to them.

When the self-exclusion takes effect, all pending or future activities and transactions by the player in question are cancelled. The online poker site then refunds the player’s money. But some players are reportedly exploiting this particular feature for their own benefit. They self-exclude from one platform for the purpose of getting their money back, especially if they feel they’re losing, and then use those funds to play at another Canadian online poker site . AGCO to Create Centralized Self-Exclusion System

AGCO spokesperson Raymond Kahnert said the regulator is already aware of the problem and is taking the necessary steps to address it. He said the agency is planning to set up a “ centralized ” self-exclusion system to prevent players from manipulating the system. Kahnert assured operators that AGCO will act promptly on the matter.

Ontario has strong iGaming potential being Canada’s largest province. This is the main reason why multiple operators are keen on entering the market.The latest to launch was PokerStars which considers the Canadian province as its “ home market “. PokerStars Ontario marked its launch by announcing a special tournament series, the Ontario Platinum Series, which is set […]