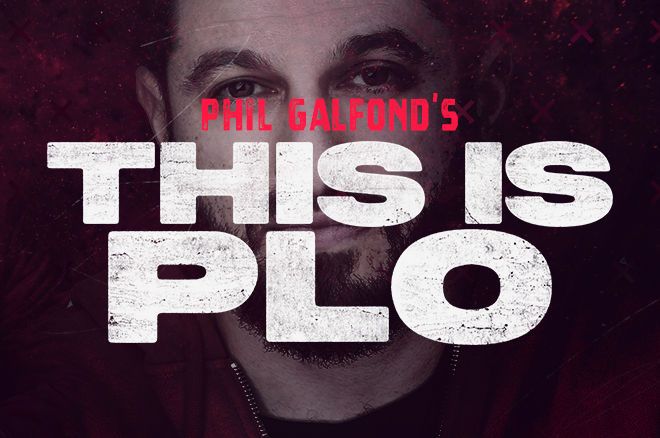 This Is PLO Over the past two decades, Phil Galfond ‘s poker odyssey has seen a number of twists and turns. After years in the trenches battling it out with the best players in the game, his focus turned to his businesses as he sought to grow the game from the other side through his training site and as a site owner/operator. The training site quickly solidified itself at the top of the mountain in a crowded landscape and continues to produce the best poker training and strategy content in poker.

It wasn’t long before the siren song of poker began calling Phil back to the tables, and he decided the best way to storm back into the game was with an open challenge that saw him taking on all comers in a series of high stakes, heads up PLO battles. The storybook comebacks and thorough vanquishing of his opponents became the stuff of legend and reignited his passion for the game. In January of 2022 Phil decided it was time to share his secrets and released his first course with ” This is PLO “. The comprehensive guide to the game of heads-up PLO leaves no stone unturned and represents nearly twenty years of poker experience distilled down to a catalog of videos covering every possible scenario the game can throw at someone. Phil’s name has become synonymous with the highest level poker strategy, and this course leaves no doubt that he is the foremost expert on this particular poker variant. Phil’s credentials for competing at the highest level are irreproachable, but it has been his aptitude for teaching the game that has truly separated him into a category all his own. With hundreds of videos under his belt, he’s honed his ability to translate the most difficult of concepts into a language that even the most novice of players can understand. His previous videos occasionally have running themes and multiple parts, but “This is PLO” represents the first time that he has sought to break down the game from beginning to end in a way that builds on […]