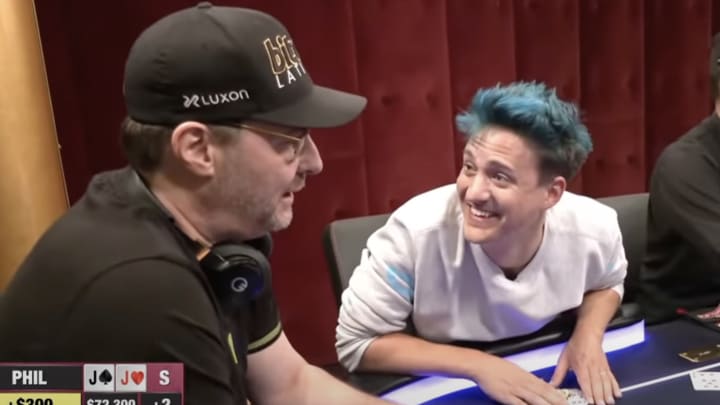 Hellmuth announces he has pocket jacks and correctly predicts Ninja has pocket 7’s. He then goes all-in and gets called because Ninja basically figures it would be epic if he ended up winning the hand. Here’s what happens. In most games, this isn’t that big a deal. However, this particular hand features two noteworthy things. First, Ninja says, “I’ll suck a d— for a ten.” Seems about par for the course , but more importantly, there’s the Hellmuth side of the hand.

Phil flops trips and then Ninja gets a runner-runner straight on the board to split the pot. No real-world or game consequences for anyone. However, this is Phil Hellmuth and who doesn’t love watching things go poorly for him at a poker table? Ninja’s look at Phil is an instant meme.