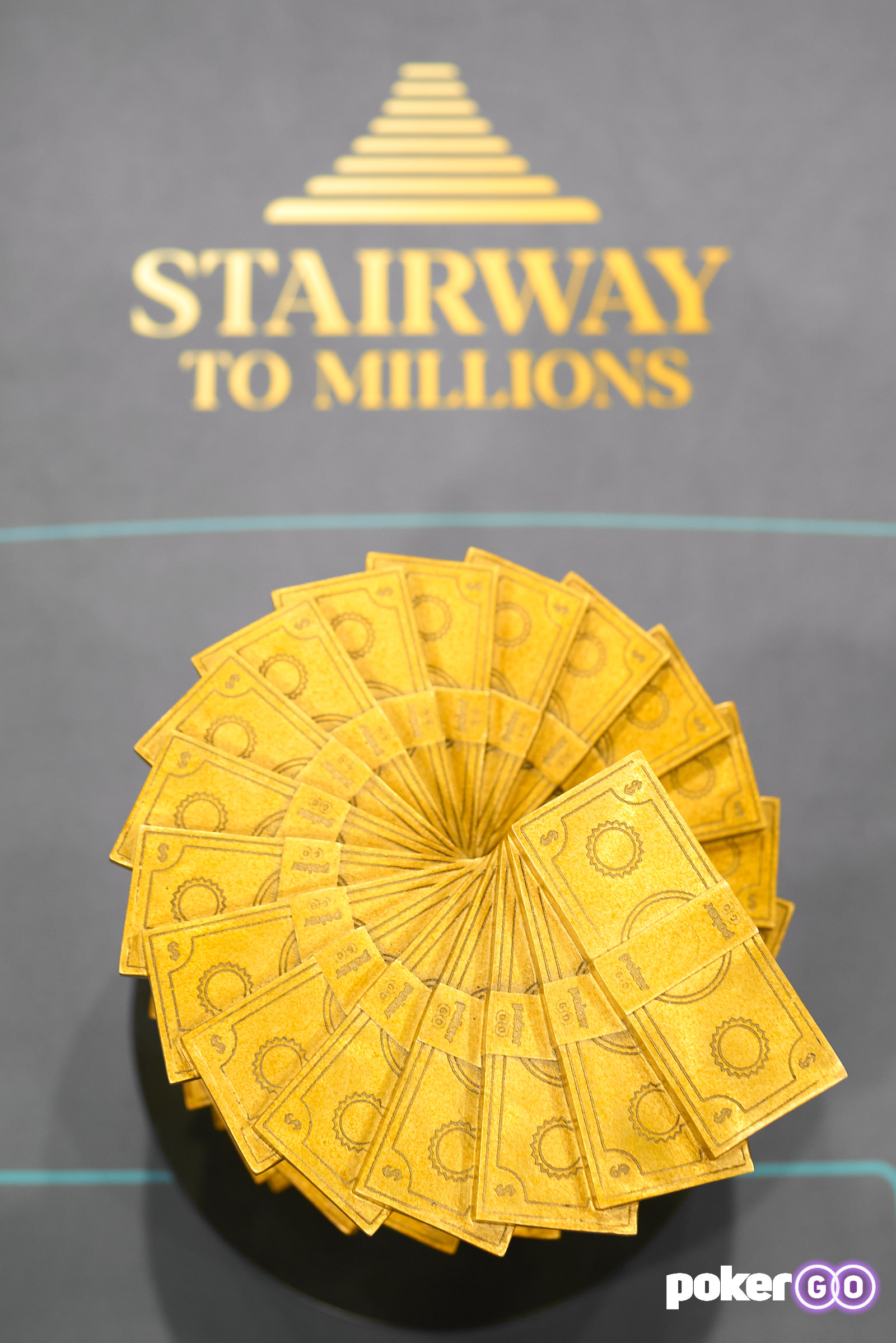 It may not seem like it in some areas of the country, but we’re moving closer to the autumnal season and cooler weather. As such, people start to move indoors for their entertainment activities, and the streaming channel PokerGO is looking to provide a month of poker entertainment for its fans and subscribers. Beginning on September 8, three of PokerGO’s most popular “made for streaming” programming will return and will be broadcast on the channel’s platform.

First Up – Stairway to Millions II

September brings back a tournament series that PokerGO debuted earlier in 2022. The Stairway to Millions was a series that presented a format that was familiar to many online players, the Steps concept. The first tournament started with a small buy in, and each subsequent tournament increased in entry fee. Those who finished well in the smaller buy in tournaments were guaranteed seats in the next event of the tournament schedule, which built towards a climactic finale.

Back in January, PokerGO experimented with this format in what was an eight-tournament series. Starting with a buy-in of $1000, the ladder went up from there to a $2000 tournament, then to a $4000 event, and so on. The finale of the roster of tournaments was the $100,000 buy in “Main Event,” which saw Nick Petrangelo defeat David Peters to take the lion’s share ($1,026,000) of the $1.9 million prize pool (Sean Perry earned the other cash from the 19 entries in the tournament).

This time around, the Stairway to Millions II will feature a 12-event schedule and start with an even lower buy-in point. The first tournament, to be held on September 8, will be a $400 buy-in event with unlimited reentries. Event #2 the next day is also a $400 tournament, but it goes upwards from there. By September 15, players will put up $2500 for Event #8 on the schedule, all on the way towards the $50,000 buy-in finale on September 19.

“The Venetian remains an incredible partner of PokerGO and the PokerGO Tour, and we are excited to expand our offering with the upcoming Stairway to Millions series,” […]