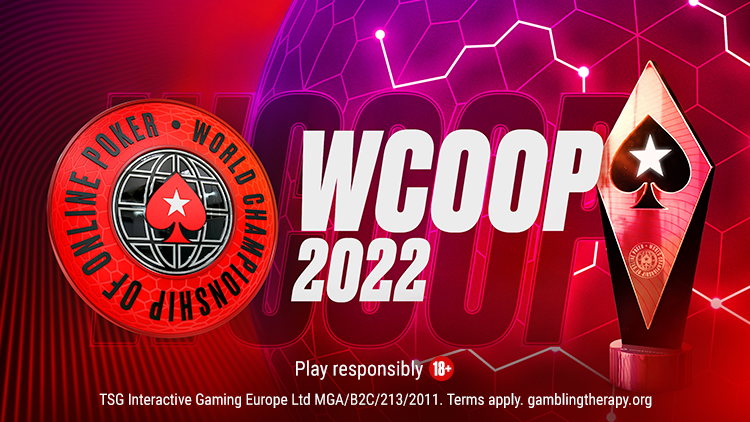 PokerStars Reveals WCOOP 2022 Dates, Starting in September – The popular World Championship of Online Poker returns to PokerStars for the 21st time on September 4 and is set to run for 25 days. A few days ago, online poker giant PokerStars announced that it would run its biggest annual poker festival for the 21st time this year. The operator has now released the dates for the 2022 World Championship of Online Poker (WCOOP) as well.

This year’s edition of WCOOP will run from September 4 to September 28, spanning the traditional duration of 25 days that many players will be used to by now.

While the full schedule has yet to be revealed, if you’ve played in WCOOP before, you should have a pretty good idea of what to expect. Although, compared to last year’s 20th-anniversary WCOOP, this year’s series may be a bit smaller in size and scope overall for several reasons.

Yet, regardless of the relative shrinking, WCOOP will still be one of the most epic online poker events of the year, offering plenty of quality action. Last verified: July 2022

Not regulated or for use in Ontario What to Expect from 2022 WCOOP?

Now that the dates of the WCOOP have been announced, we can get a pretty clear idea of the type of online poker festival it will be.

As usual, WCOOP will likely feature close to 300 individual events spanning three buy-in orbits, with each event offered for a Low, Medium, and High buy-in.

Last year, WCOOP was celebrating its 20th anniversary and, as such, had a guaranteed prize pool of $100 million. While the overall guarantee was shattered with over $122 million awarded , the Main Event failed to hit the $10 million guarantee.

Since then, PokerStars has exited several vital markets, including Russia, Ontario, and the Netherlands, which has impacted the overall number of players by a significant margin.The operator left Russia earlier this year in response to the country’s military operations in Ukraine, while it opened a separate locally regulated site for players in Ontario and was forced to leave the Dutch market for a while.For […]