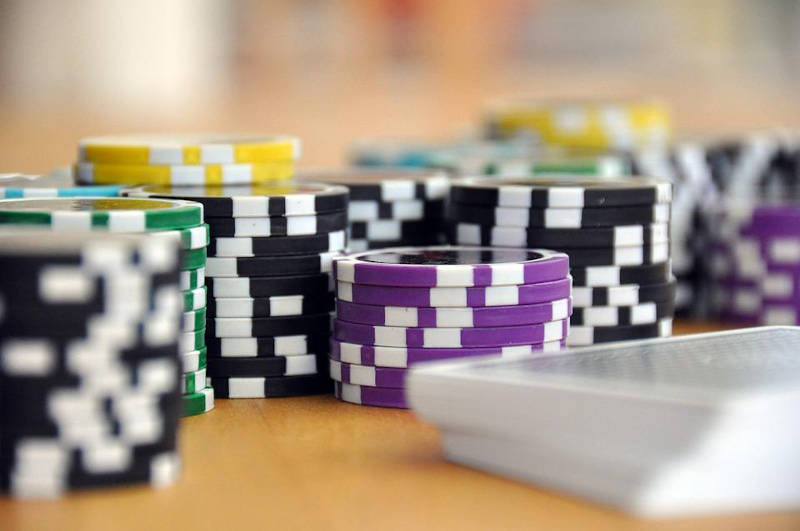 Until today, card games have been an excellent way to spend time for thousands of years. These games were invented in China at the end of the 10th century and then made their way to Europe in 1360. One of the oldest card games used to be called the ‘leaf game’.

Since the inception of the 52-card deck, a number of different casino table games have emerged: Solitaire

For centuries, people have played poker, and they still do to this day, when its popularity is higher than ever. Today, professional and amateur players play poker at both land-based casinos and online casinos with bonuses.

Let’s find out more about this popular casino card game people love to wager on. How Long Has Poker Been Around?

Please Support Local AdvertisersIt is widely believed that poker was created in America in the 1800s, based on the game Poque, which was brought to New Orleans by French traders and sailors. Also, there was the British game called Brag, a derivative of a German popular bluffing game that was imported to America by merchants and colonists. Brag influenced the earliest personalization of poker, which used to be played with a 20-card deck.Later, in the mid-1800s, five-card poker evolved into a drawing game. A deck that consisted of 20 cards was expanded to 52 cards. Adding to the excitement, an additional round of betting was added. For the first time, the hand rankings included five cards of the same suit, which was called ‘flush’. In the 1870s, the ‘straight’ was also added to the hand rankings, which included five sequential cards. Poker Today Poker has not changed in the last 100 years. Decks and rules have become standard. However, the level of popularity of the games has changed over the years. But in the end, the goal stayed the same: make the best possible five-card poker hand, or if not, then try to bluff your way to winning the bet.One of the most significant milestones was when Texas Hold’em Poker was introduced. It gave revolution to the […]