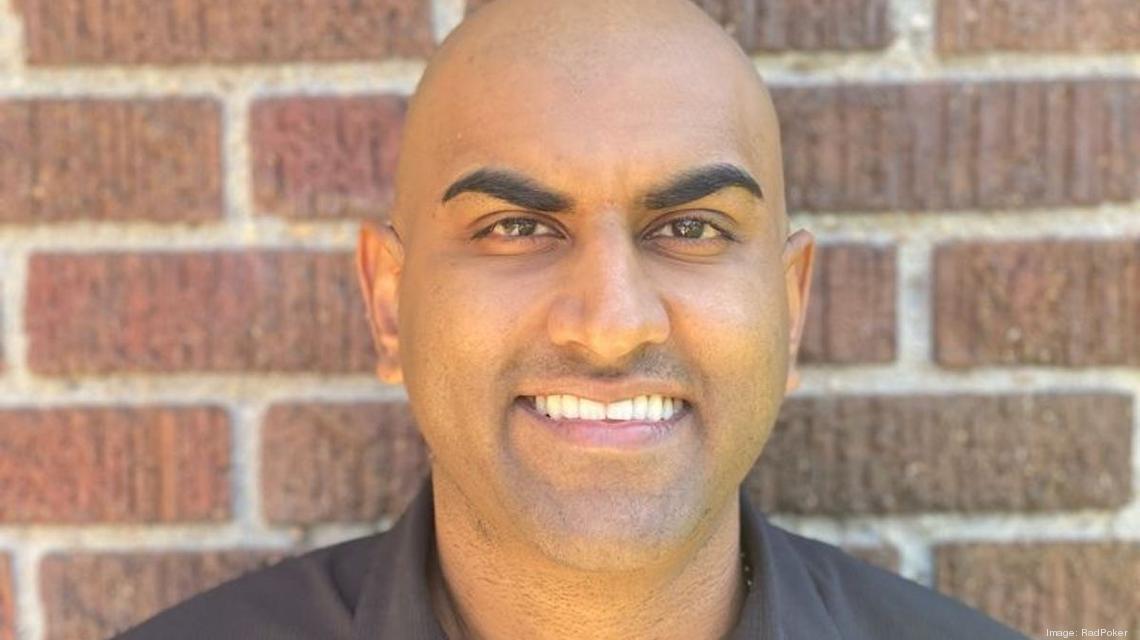 Nishon Radhakrishnan is the CEO of The Rad Team Inc., the creator of the RadPoker mobile app. The Pitch is a Milwaukee Business Journal and Wisconsin Inno series that gives a snapshot of a local startup. The Business Journal doesn’t endorse companies featured in The Pitch, nor is this an invitation to invest. To suggest a startup for possible future features, email [email protected] .

At the end of last year, Nishon Radhakrishnan was living in Boston and had just closed a seed financing round for his new mobile poker app, RadPoker. He was getting ready to hire a team and decided to relocate to Milwaukee, where his brother also lives and works in the technology space.

“I thought it was a really good opportunity to live in a new city,” Radhakrishnan said. “There’s a big pool of people to pull from and at an affordable price and also, it’s really a great city.”

Radhakrishnan now has a team of six other Milwaukee employees who work together in person from the downtown co-working space Expansive, near Cathedral Square at 790 N. Milwaukee St.

“It’s incredible,” Radhakrishnan said. “I found that a lot of people know other people and it’s very easy to kind of get plugged-in quickly.”

It has been relatively easy to hire technology talent in Milwaukee, Radhakrishnan said, in part because he’s hired individuals with unconventional backgrounds — including a developer who doesn’t have a college degree but learned to code through a boot camp program.

Radhakrishnan also had a somewhat unconventional path. His first foray into entrepreneurship began in college when he started a sunglasses company, he said. After a few years, he wanted to get more into technology and completed a 12-week full-stack web development course through the coding boot camp General Assembly, according to his LinkedIn profile.

Radhakrishnan worked for sports betting and mobile gaming companies before founding his company, known as The Rad Team. He launched a minimum viable product — the first version of RadPoker — in February 2021. In November, he closed a seed round of financing from TRS Capital, an early-stage investment firm in Fort Walton Beach, […]