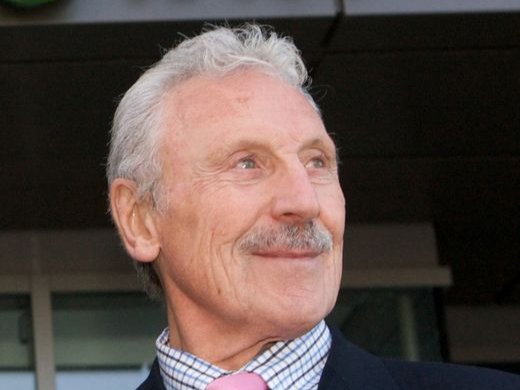 First is the island’s richest man, PokerStars co-founder Mark Scheinberg, whose £3.926 billion fortune is up from £3.519 billion in 2021.

He set up what would become the world’s biggest online poker company with his father Isai, before cashing out in 2014.

Isai made the news in 2020 when he was fined £23,528 in the USA after pleading guilty to ‘running a multimillion-dollar unlawful internet gambling business’, bringing to an end a decade of court proceedings.

Second is John Whittaker and family.

Chairman of property developers The Peel Group, his £1.6 billion fortune having increased from £1.4 billion last year.

The 80-year-old recently made headlines in the island earlier this year after the company announced plans for a £100 million cannabis growing facility on the outskirts of Douglas.

The proposals follow a change in the legislation of cannabis production and exportation on the Isle of Man.

A third island resident was on the 2021 list, horseracing tycoon Trevor Hemmings, who died in October last year aged 86.Horses owned by the former owner of Preston North End football club won the Grand National three times.He lived in Andreas.Another name on the rich list is Alki David, heir of the prominent trading and shipping Levantis family.David was reported as being an island resident in 2019, after he was arrested in the Caribbean island of Saint Kitts, being charged with drug smuggling after 5,000 cannabis plants were found on his private jet.However, it is not known where he currently is. All comments 1