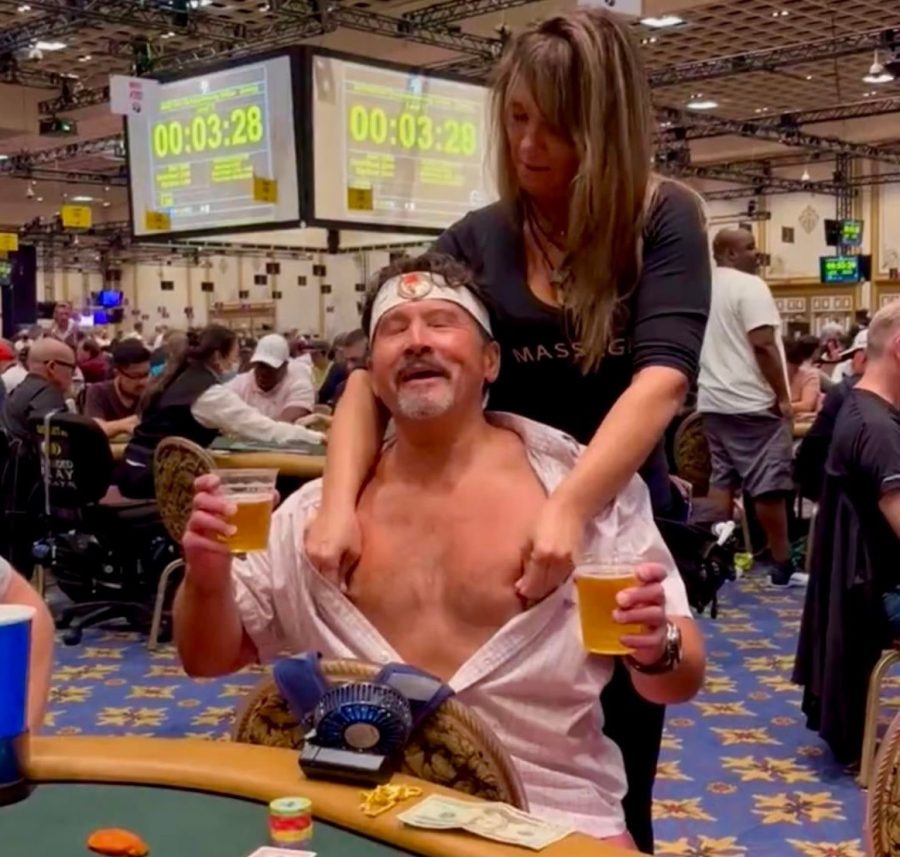 A stunt involving a WSOP masseuse and known prankster Frank “The Tank” Stepuchin has backfired, causing one person to lose their job. A prank orchestrated by poker pro Frank Stepuchin caused WSOP masseuse Cintia Amstalden to lose her job. (Image: Reddit/pocketfullofquads) In a tweet that’s subsequently been taken down, Stepuchin was involved in a stunt gone wrong at the WSOP. Players getting massages isn’t uncommon. However, the issue for at least one person was the fact Stepuchin was topless, and that the masseuse was touching his nipples.

Stepuchin and the masseuse in question, Cintia Amstalden, have both said it was a stunt. It wasn’t a massage service, nor was it intended to be. Stepuchin has a reputation within the poker community for being a joker and he orchestrated the scene. However, after the video appeared online (and taken down within an hour), Amstalden was told her services were no longer required. Amstalden plays along, but joke turns sour

CardsChat spoke to Amstalden to get her side of the story. She confirmed that Stepuchin asked her to participate in the stunt in which he ordered two beers and undid the buttons on his shirt. He then asked her to massage his chest. Both of them knew it wasn’t a real massage service and nothing more than a practical joke.

Another player at the table was asked to record the stunt and did so willingly. Once it was over, Amstalden said that everyone laughed, and one player told her she was a “good sport” for indulging Stepuchin’s request. I knew it was a joke. Not sure why others didnt pick up on that. People need to lighten up! — MiamiPokerBro (@miami_poker) June 6, 2022 Las Vegas resident and WPT titleholder Stepuchin confirmed this version of events via his Twitter account. He apologized for asking Amstalden to touch his nipples and stressed that there wasn’t anything sexual in it. Galfond airs her discontent

One person who didn’t see it as a “complete joke” was Farah Galfond. The poker player and wife of Phil Galfond criticized the stunt. Her tweet has since been […]